Why book a flight to Toulon?
• A pleasant port town in the Provence region
• A charming old city centre
• A beautiful beach at Le Mourillon
• A popular market at Cours Lafayette
• A Mediterranean climate: hot summers, mild winters

Fly to Toulon and breathe in the atmosphere of la douce Provençe! The sun shines approximately 300 days a year here, Le Mourillon beach is invitingly close and the old city centre is wonderfully authentic, featuring tiny streets and eye-catching fountains. Book cheap flight tickets to Toulon now and spend your holiday in the South of France.
Flüge suchen 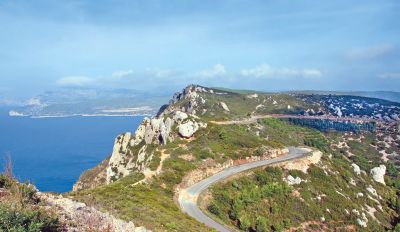 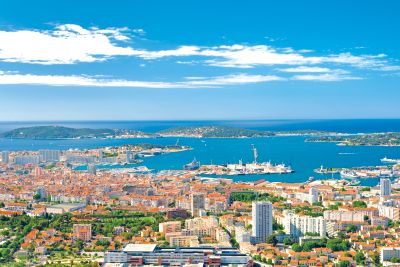 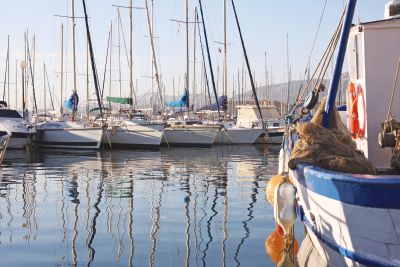 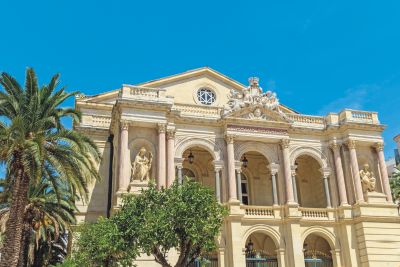 Saint-Tropez is a small port town in the Var department on the French Riviera. It has been a meeting point for artists and the ‘high society’ since the 1950s. The city is inhabited by approximately 6000 people and is annually visited by 5 million people. Interesting sights are the citadel (16th - 17th centuries) and the 18th-century church. The Tour du Portalet offers a view of the mountain tops of the Esterel Massif. Opposite the town hall you can find the route to the Baroque church (1820) where you can admire the bust of Saint Torpes. Another statue to admire is that of the famous admiral of France, Bailli de Suffren, who was born here. Writer Guy de Maupassant also lived here at a certain point in time. Popular beaches are Tahiti and Moorea beach. Blouch is a naturist beach.

Book your cheap flight to the French Riviera today with tuifly.be. Bormes-les-Mimosas, a charming provencal village situated at the foot of the Maures Massif, features a lovely mix of narrow alleyways, colourful houses, characteristic shops, an art history museum and the old Castle of the Lords of Fos. The woody and hilly landscape allows for numerous wonderful excursions on horseback, by mountain bike or on foot. Bormes-les-Mimosas and its 17km-long sandy beach are situated between the magnificent town of Saint-Tropez and Toulon (at 37 km from both). Distance between the airport and Bormes-les-Mimosas: 20 km

The town of Saint-Cyr-sur-Mer is situated in a green environment near a spacious bay and the seaside resort of Les Lecques. The Tauroentum roman museum bears witness to the town’s Roman past and definitely merits a visit. Sports lovers get to choose from a wide range of activities. Numerous water sports, a golf course and hiking and cycling routes provide sufficient variety. Wait no longer and book your cheap flight tickets to the French Riviera through tuifly.be. Distance between the airport and Saint-Cyr-sur-Mer: 50 km

Cavalière is a small seaside resort situated in Cavalière Bay and features beautiful sandy beaches and vast pine forests. Tourist draw Le Lavandou, with its charming streets and international marina, is only a few kilometres from here. It is a lovely place to sunbathe in the azure sea. Or would you rather try your hand at one of the many water sports? Cavalière guarantees a sporty and relaxing holiday! Start your well-deserved beach holiday now by booking your cheap flight tickets through tuifly.be

A cheap TUI fly flight takes you to the French Riviera in no time. Get acquainted with the charming town of Sainte-Maxime, in the bay of Saint-Tropez. The pleasant little shops and restaurants, the promenade, the local festivities, the picturesque marina and the lovely beaches make Sainte-Maxime an ideal holiday destination. Sports lovers will definitely find something to their liking as well. Walkers, cyclists and water sports lovers will not be bored for a second.
Flüge suchen