Flights to Naples: that’s why!
• A beautiful city packed with stunning historical buildings
• The imposing Mount Vesuvius
• The breathtaking Bay of Naples
• The beauty of the Amalfi Coast
• The antique city of Pompeii

As Goethe once said: ‘see Naples and die’. Naples is a city you must have seen at least once in your life. So book your flight to Naples today and discover this wonderful city, the proud Neapolitans and the beautiful surroundings.
Search flights 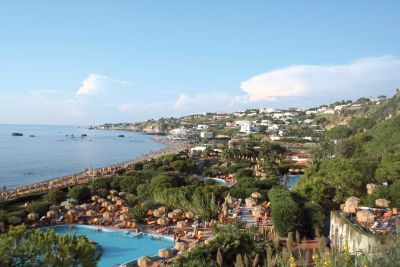 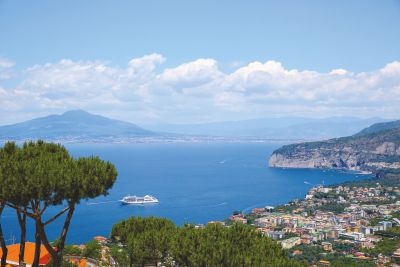 Tips for your stay in Naples

Book a flight to Naples and discover this charming city. The historical centre has been listed as a UNESCO World Heritage Site! It is a bustling city with cheerful streets and historical buildings. The Gothic monastery of Santa Chiara, the fabled Castel Nuevo, the impressive Naples Cathedral... the city is packed with eye-catching landmarks. And as icing on the cake, it has a wonderful setting on the bay of Naples.

Another spectacular must-see is the world-famous Mount Vesuvius. Formed about 18,300 years ago, the volcano has a diameter of no less than 8 kilometres and is 1281 metres tall. An impressive must-see for anyone who has booked a flight to Naples!

Another unmissable site is Pompeii. Located about 25 kilometres from Naples, it is one of the best preserved Roman cities. This is because it was covered in a thick layer of ash due to the eruption of Mount Vesuvius in 79 CE. Culture buffs, do not miss out on this opportunity and book your flight to Naples!

Smaller than Pompeii, but at least as beautiful is the historical town of Herculaneum. It was also covered in boiling lava after the eruption of Mount Vesuvius, thanks to which it was wonderfully well preserved. It once was a beautiful town where the richest Roman families built wonderful villas. Definitely worth a visit!

A flight to Naples takes you to the most beautiful coast in the world! The road to Amalfi will amaze you time and time again: the unforgettable view of the mountains, the narrow winding road, the sea, the olive and citrus trees and the charming, small villages of Positano, Amalfi and Ravello are a treat for the eyes.
Search flights

Flights to Naples on the following days