Djerba is a mythical and fascinating island with a thousand and one wonders. Houmt El Souk, Midoun, Hara Kbira, Hara Sghira, Guellala and many other villages boast countless architectural gems, all kinds of craftwork and a varied cuisine. Djerba is waiting to be discovered by you! Do not miss out on this wonderful opportunity and book your cheap flight to Djerba now with TUI fly. 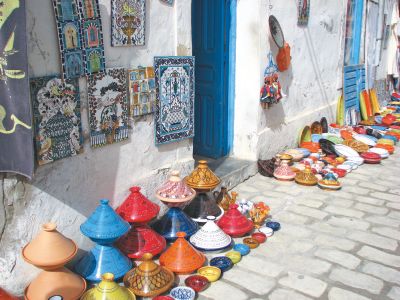 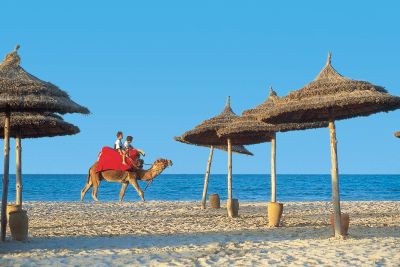 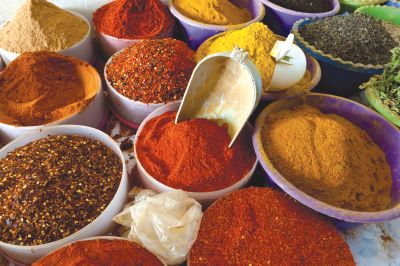 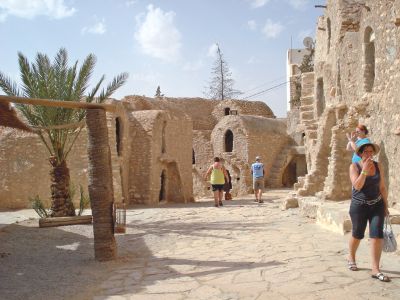 Tips for your stay in Djerba

Legend has it that the history of Djerba starts with Odysseus, the hero of the Odyssey.
On his way back from Troy after the Trojan War, he stranded on an island he didn’t want to leave after discovering the lotus drink there. That island is said to be Djerba and the lotus drink ‘Lagmi’, a local palm wine. Want to discover the lovely lotus drink, just like Odysseus? Then book your flight to Djerba now with TUI fly.

Located on the waterfront in Houmt El Souk is the 13th-century Borj el Kebir fort. In the 15th century, it was strengthened by the Spanish and between 1560 and 1570 it was developed by the notorious pirate warrior Dragut into the enormous fort you can still see today. Thoroughly renovated in 1968, it now houses an archaeological museum. Between the fort and the harbour, you can see a small obelisk which evokes the pyramid of skulls Dragut erected after his victory over the Christian sailors.

Hara Sghira is an old Jewish settlement which is still home to a small Jewish community. It boasts El Ghriba synagogue, one of the major landmarks on the island. The oldest of Northern Africa, this synagogue is a pilgrimage site for Jews from all over the world and houses one of the oldest Torahs. On this location a stone is said to have dropped out of heaven and many miracles are said to have occurred here. Although it has been a sacred place for over 1400 years, the current building dates from 1920.TUI fly offers you the unique opportunity to discover Djerba. Book your flights to Djerba right away.

This peninsula in the north of Djerba is the home of pink flamingos during winter. You can watch elegant flamingos or swim and snorkel in the turquoise waters. Want to see the stand of flamingos? Then book your flights to Djerba right away on TUIfly.be.

Flights to Djerba on the following days