Rabat is Morocco’s capital and has a lot to offer to culture lovers. The imposing mausoleum, the authentic medina, interesting museums… Book your flight to Rabat now and prepare to be amazed by its rich history. The city also has plenty of beautiful public parks and gardens, and is located on the Atlantic coast. Little wonder then that the city was added to the UNESCO World Heritage List a few years ago.
Search flights 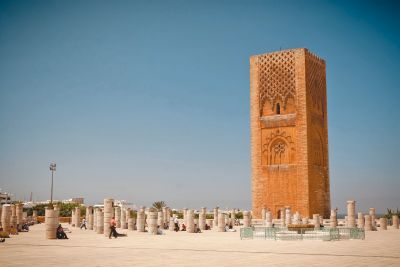 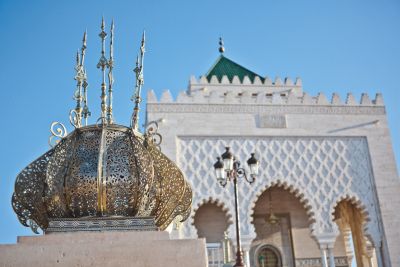 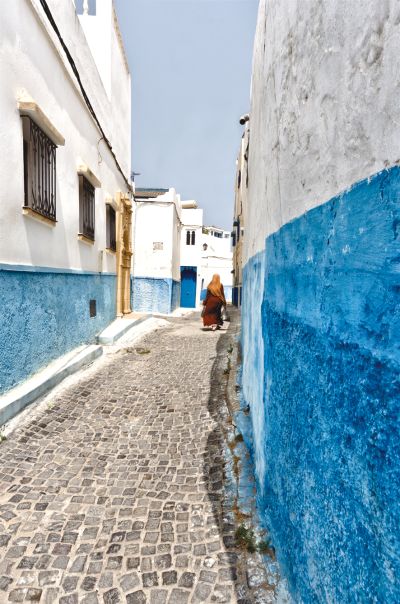 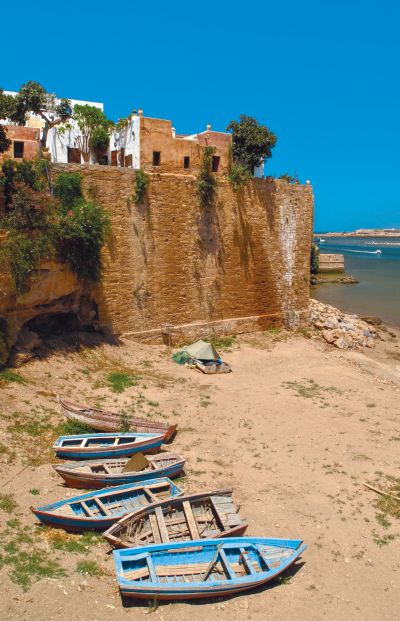 Tips for your stay in Rabat

The Mausoleum of Mohammed V

The Mausoleum of Mohammed V is Rabat’s principal attraction. The impressive white building was constructed as a monument to the sultan. His two sons, King Hassan II and Prince Abdallah, were also buried here. Guards in uniform, some on horseback, keep watch over the beautifully decorated mausoleum. A real highlight of modern Moroccan architecture!

Another must-see in Rabat is the Hassan Tower. Construction of this 44-metre tall minaret started in 1195, but when Sultan Yacub al-Mansour died, construction stopped and the building was left incomplete. The tower faces the mausoleum, and the esplanade connecting the two monuments features approximately 200 pillars intended to be part of the largest mosque in the world. A remarkable sight!

The medina and the kasbah

The Kasbah of the Udayas was built in the 12th century to guard the mouth of the Bou Regreg river. Nowadays, it is a neighbourhood with narrow streets and white houses forming the heart of the city. Located next to the kasbah, the medina or old town boasts countless colourful shops selling fruit, spices and handmade articles. Book a flight to Rabat and prepare to be carried away by the rhythm of authentic Morocco.

Founded by the Phoenicians and subsequently taken over by the Romans, Chellah necropolis is now one of the most peaceful spots in Rabat. The first thing to catch your eye is the impressive gate. Once inside, you walk among the ruins of the Roman city and of the mosque, but also through a beautiful natural setting. A few storks have even made this place their home!

Flights to Rabat will take you to a green city. Hidden in the kasbah, the Andalusian garden is reminiscent of the Alhambra in Granada. Sidi Bouknadel Exotic Garden displays a great variety of plants from the Congo, Brazil and even Polynesia. Jardin d’Essais Botanique makes it possible to relax in a wonderful green setting in the middle of the city. If you are looking for a piece of nature in Rabat, you are spoilt for choice.

A flight to Rabat combines culture with relaxation. The city is located by the ocean and boasts nice beaches where you can relax and bask in the sun. Rabat is a well-known surfing hotspot, but sailing, kayaking and other water sports are practiced here as well. The medina is only a short walk away from the beach.
Search flights

* Prices per person, one way. Airport taxes included. Booking period from 23/04/2021 until 07/11/2021. Departure period from 23/04/2021 until 07/11/2021. Limited number of seats. When fully booked, higher price will apply. This list of promotions is updated frequently (the time of update is displayed hereunder, next to "Last modified"). There is only a limited number of seats available at the promotional rate. When fully booked, higher price may apply.

Flights to Rabat on the following days

Flights to Rabat on the following days